For over ten years Derek Gripper has produced some of South Africa’s most extraordinary musical works by fusing the country’s disparate creative traditions with styles throughout the world into an aesthetic aptly named “New Cape.” In this way Derek Gripper draws from European classical traditions, avant-garde Brazilian works, Malian kora works, Cape Town’s folk styles such as ghoema/goema and vastrap, and even Indian classical music, all the while synthesising them into a style uniquely his own.

Derek Gripper’s discography already includes one of the most musically mature and visionary albums created in South African history-the superb ensemble effort Sagtevlei-and he has maintained this creative momentum through his solo works as well as through his collaborations with artists ranging from Xhosa instrumentalists, Indian tabla masters, and a select group of composers whose works he has brought to life on the guitar. His most recent recorded works have drawn on the compositions of master musicians such as Toumani Diabaté, Egberto Gismonti, Ballaké Sissoko, and Ali Farka Touré to single-handedly sketch a new musical and cultural landscape for the contemporary classical guitar. 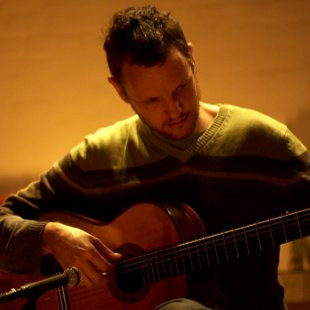